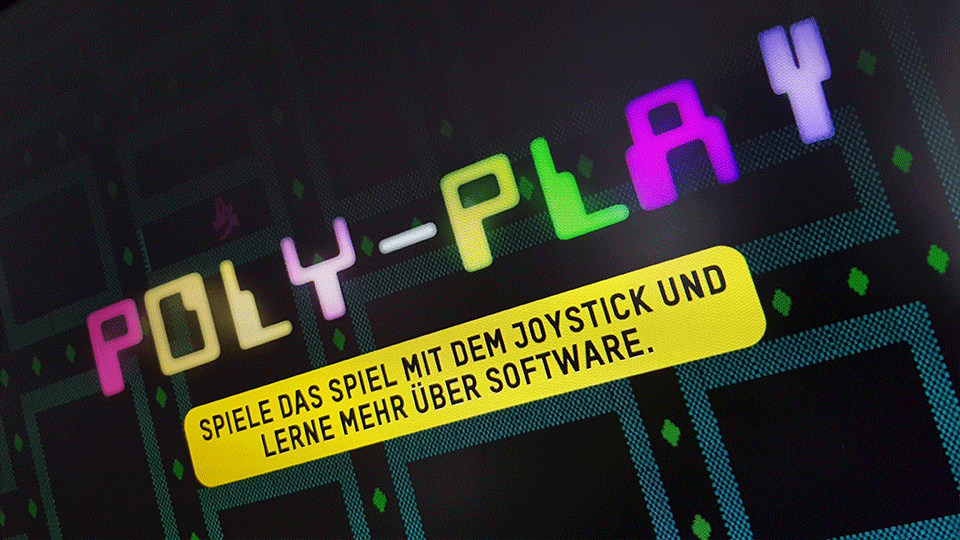 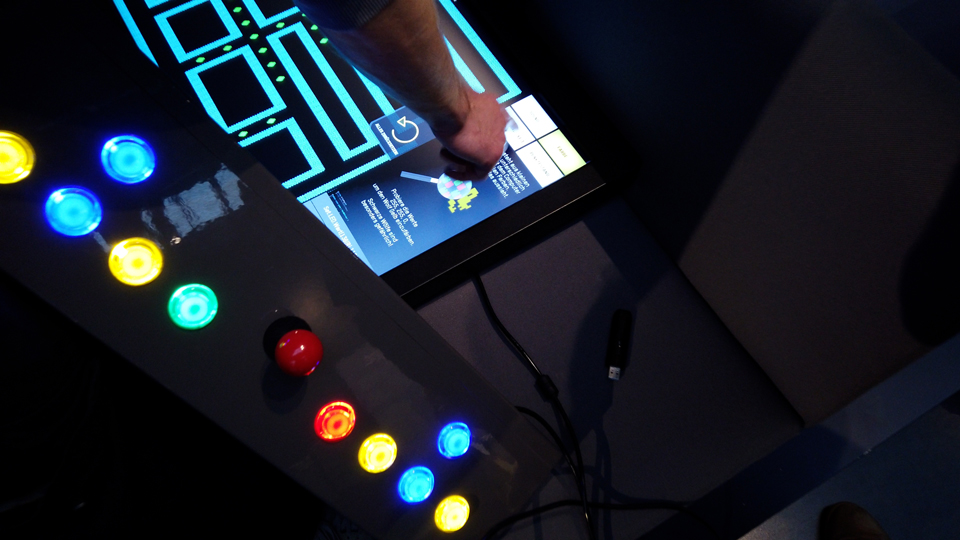 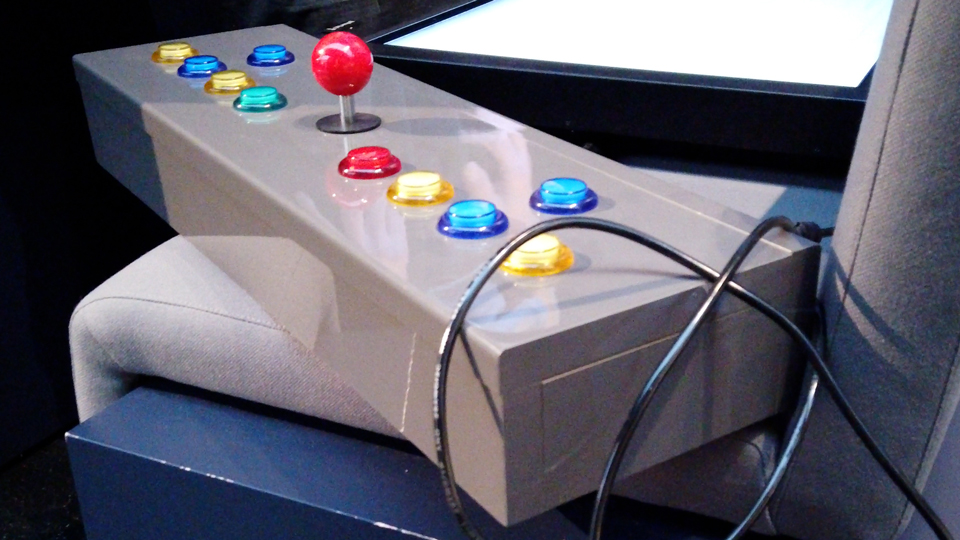 Driving the attention of visitors of all ages to your installation and providing easy to understand, entertaining yet educational content is a common challenge for a lot of museums.

Together with the Industriemuseum Chemnitz and Mathias Eimann we faced that challenge and developed an interactive museum installation that explains how programming works and how code is influencing the performance of a computer. And how do you explain such an extensive topic in an exciting way? The answer is: use gamification!

So we recreated the famous video game classic Poly-Play. Developed as an arcade cabinet in East Germany in 1985, it was the only such machine to originate in the GDR. Similar to the famous Pac Man game, you’re playing a rabbit that is chased by wolves through a labyrinth. The goal is to collect all the carrots before the wolves catch you.

But instead of just playing the game, in our version of Poly-Play users can manipulate the game’s code in real time and see how it affects the gameplay and the performance of the computer. With a simple touch interface you can manipulate the pitch of the sounds, change the color of the game’s interface while learning about rgb-colors, adjust the game’s speed and learn about the math behind the score system.

Besides developing the game itself, we also constructed the hardware for the game. For the retro feeling we used solid knobs and a joystick to play the game and connected them to a high-resolution interactive touch display. The result is a system which combines elements of the original cabinet with modern day tech solutions and is robust enough for a long time of daily museum use. 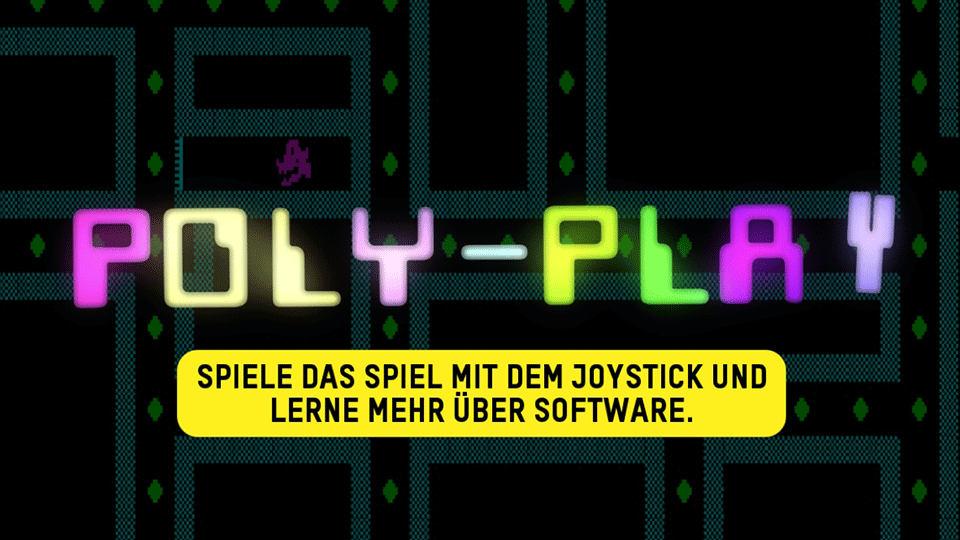 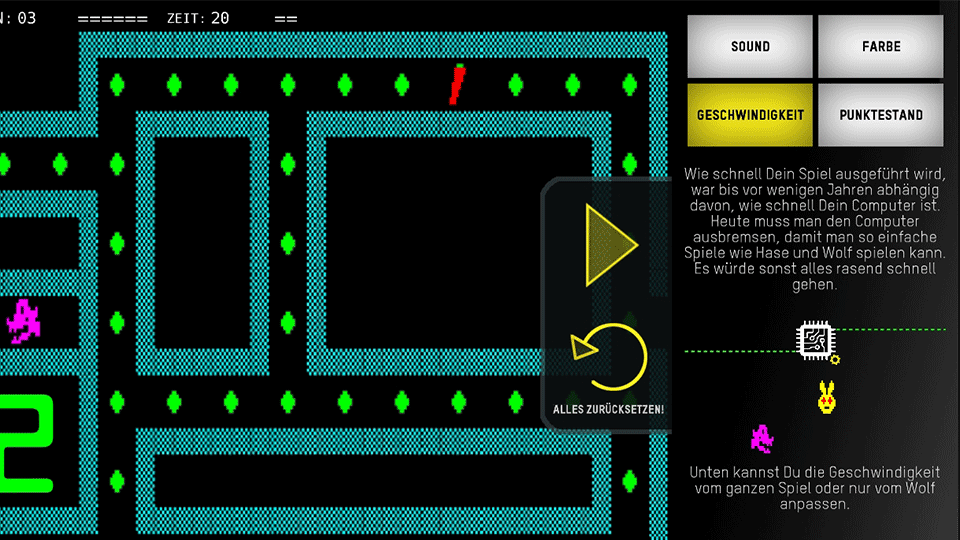 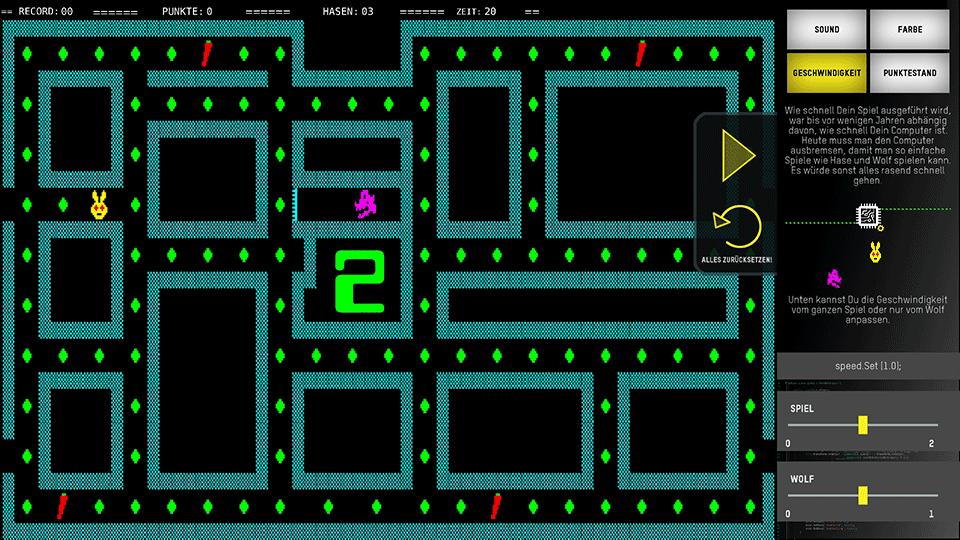