On March 14th 2019 filmmaker and producer Alina Cyranek is pitching our current VR project at the East-Doc festival in Prague! AstoriaVR, produced by hug films and still work in progress, is a VR experience that takes you back to 1986, where you visit the nightclub in the Hotel Astoria, once a famous location in Leipzig. 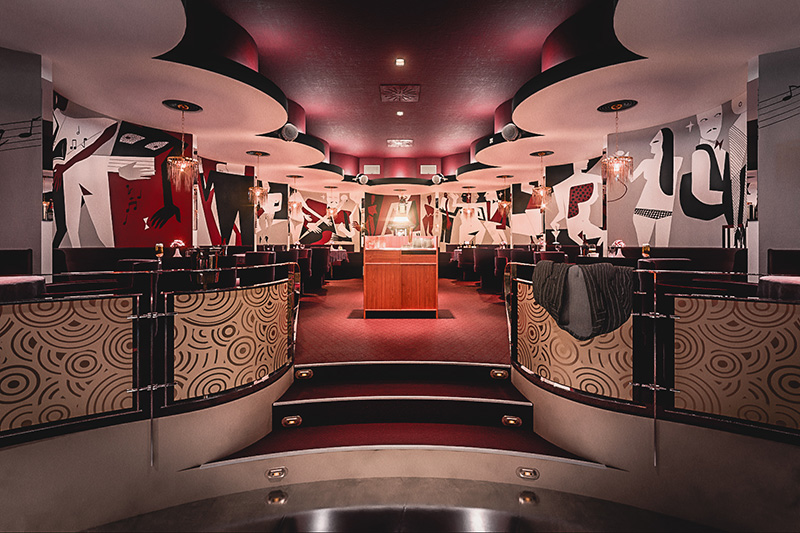 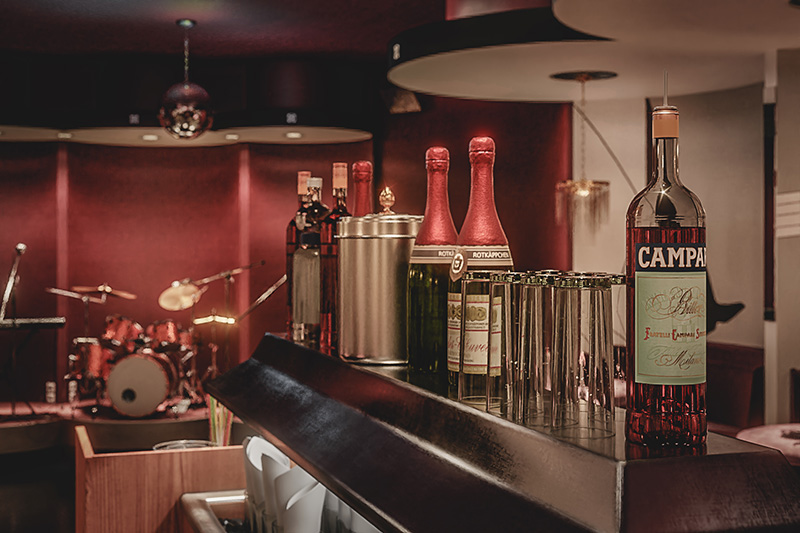 Hotel Astoria, built in 1915, became the first Grand Hotel in the city. In 1996 the hotel was closed and has been decaying for 23 years now. During the GDR period, expecially in the 1980s, the hotel was a place of encounter between the East and the West, between businessmen and young women, regular Leipzigers and celebrities. Of course the secret police was always present as well, documenting and observing all events. 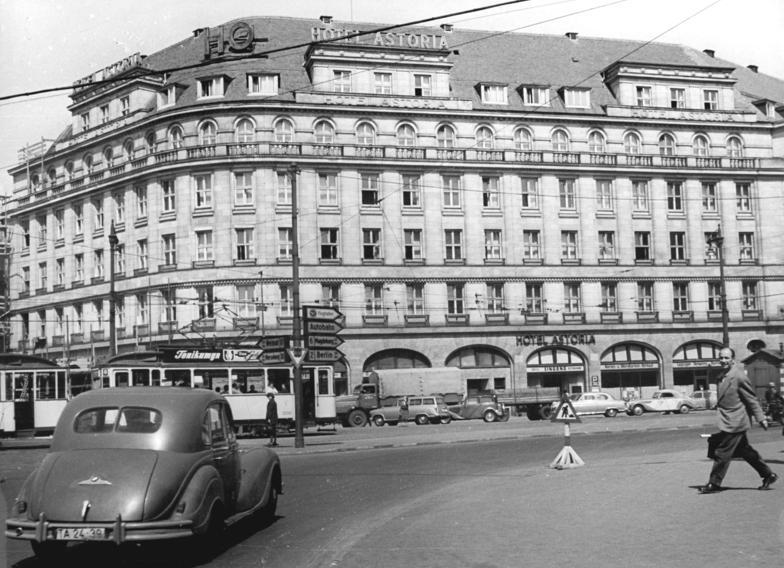 Alina Cyranek and animator Falk Schuster are working on an animated documentary about the hotel, telling the stories of everyday routine in the hotel, with many voices. Former employees and guests are going back in time and recollect the daily life in the hotel. Each of them has their own memories of course, and they differ enormously. And suddenly there is no clear picture of what the GDR and Stasi were. Instead there are many different shades of how life was like in Hotel Astoria and the GDR. 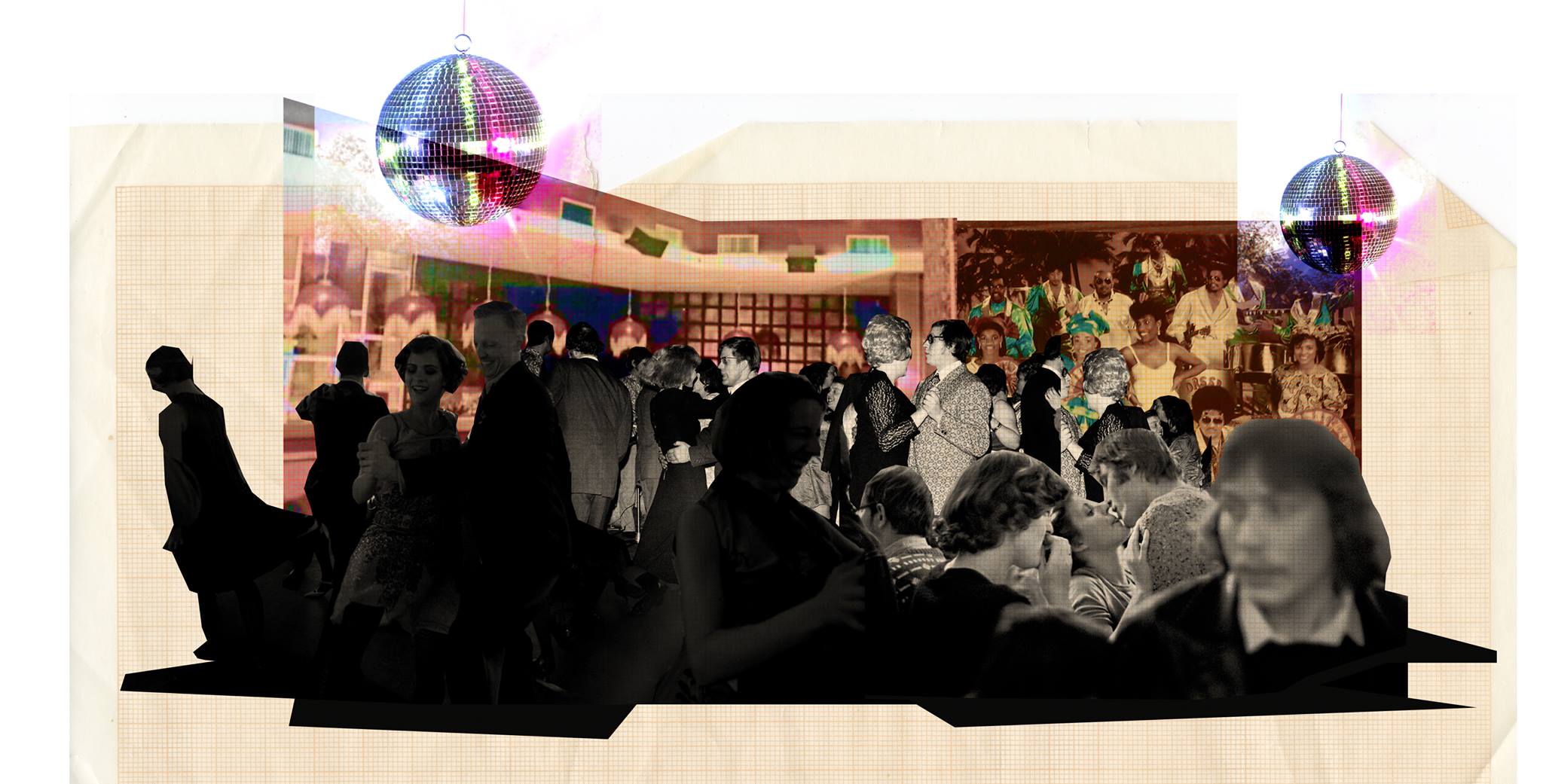 The AstoriaVR experience is a cooperation between Alina Cyranek, Falk Schuster and blendFX. The two filmmakers, who are also working on an animated documentary about the hotel, are providing us with source material, stories, snippets and the overall idea, we are doing modeling, rendering, programming and VR developement. The app will take you back to the nightclub of Hotel Astoria in 1986, where you can experience this very special mix of fancyness and luxury on the one hand and subtle threat and surveillance on the other hand. 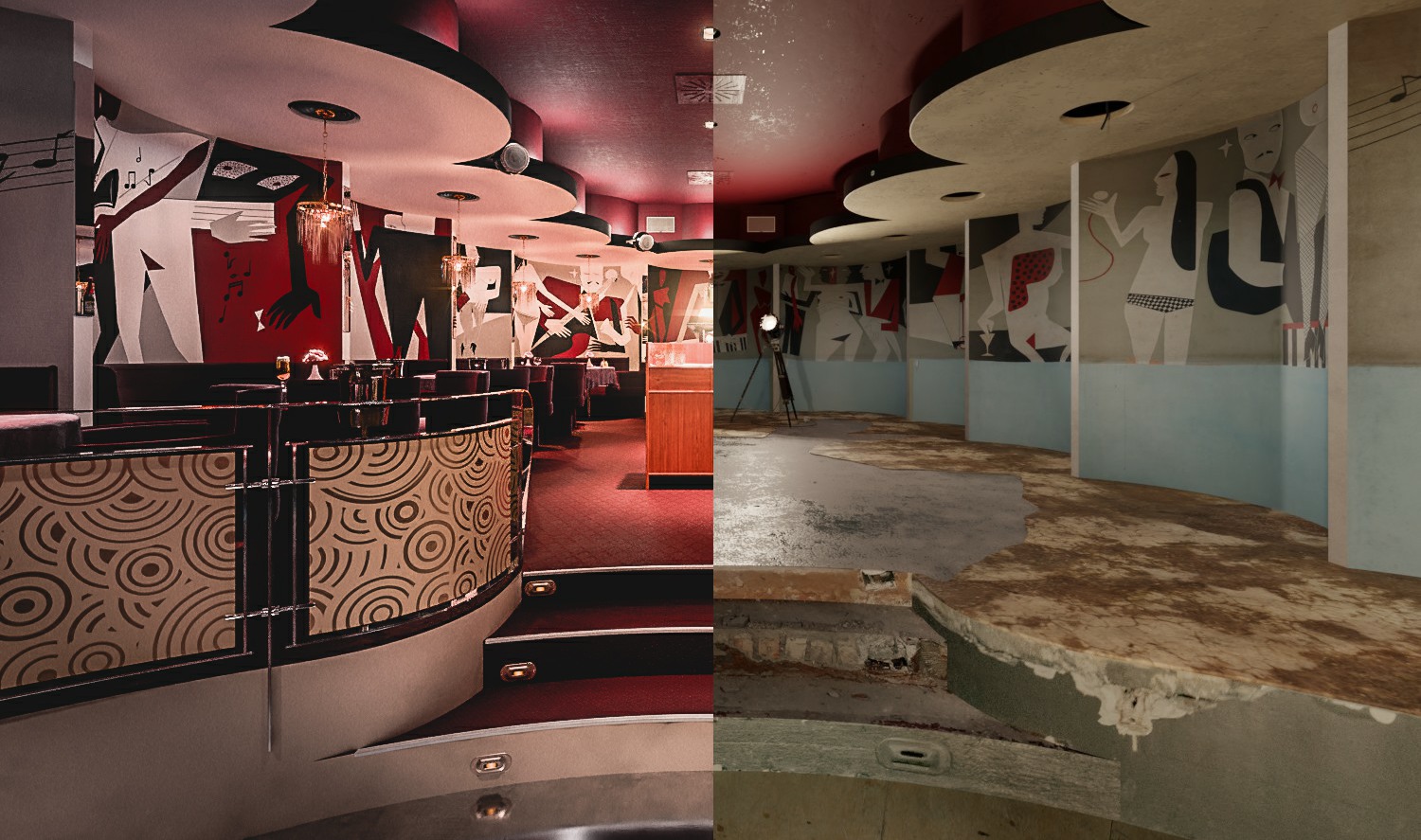 Just before the hotel was renovated we were allowed to go there and take pictures and measurements. We then used Blender to model the whole place and reproject the textures and paintings onto the wall. The 3D model of that was then the base to model the version of 1986. Together with documents, fotos and informations by former employees we are trying to recreate the nightclub of 1986 as accurate as possible. Everything is prerendered in stereoscopic 360 panoramas and the combined with realtime elements and footage in Unity. We are developing this app for the Oculus Go.