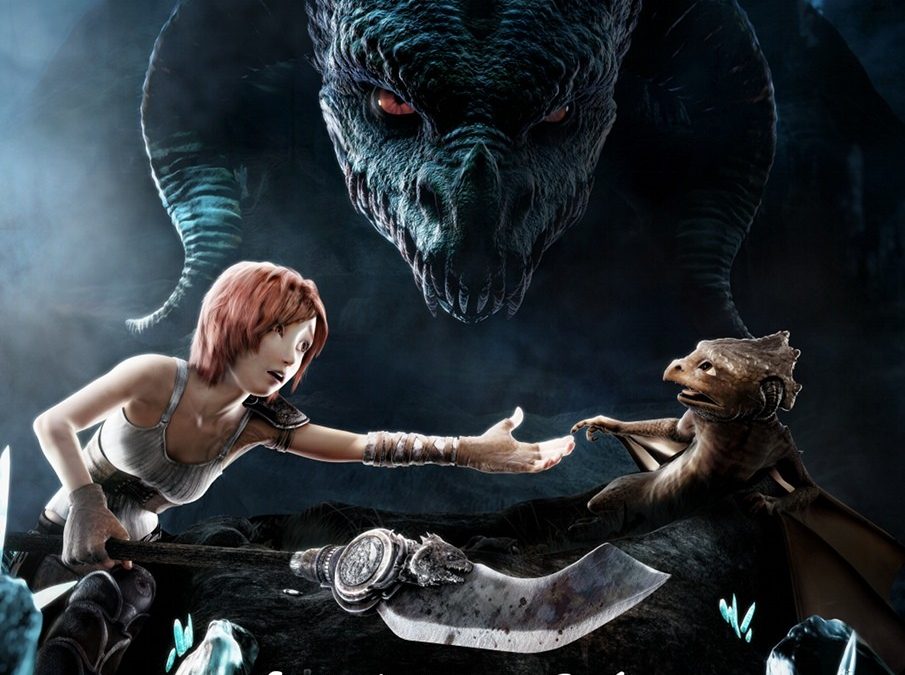 We just released another update for OpenMovieVR!
It not only brings you new features like improved playback controls, including forward/rewind, but also a new open movie with 3 new environments. It’s an old classic by the Blender Institute: “Sintel”.
In this short film from 2010 you follow a girl named Sintel on her journey to find her little friend, a small dragon baby called Scales. Sintel is one of the most successful open movies by the Blender Institue, directed by Colin Levy, who worked several years for Pixar after the movie was released. We’re thrilled to finally be able to add it to OpenMovieVR!

We put a lot of work into converting the original production files from Blender Internal to Cycles, a more modern pathtracing render engine. The old engine simply isn’t able to create stereoscopic VR content. You can support us by purchasing the Sintel VR Package in our OMVR Store. That way you help us continue our mission to bring all the open movies to OpenMovieVR! Since we are already Titanium sponsors for the Blender Development Fund you can be sure that a little bit of the money will be used to improve Blender as well! ;)

We also added another little extra for you: A preview of the Blender Institute’s completely new open movie “Agent327 – Operation Barbershop” which premiered on May 15th 2017. For a limited amount of time you will be able to watch it inside one of the main environments of the movie, the barbershop. Thanks a lot to the Blender Insitute for providing us early access to the source files!!

We are planning to release it as a complete package for OpenMovieVR, including 3 environments and additional effects and extras. Just like Sintel it will be available as an In-App-Purchase in our store. But until then, have fun in this little sneak peak preview in the barbershop!